Emily Richards has served as the Director of Religious Exploration since 2020 and is thrilled to now also be serving as the Director of Congregational Life.  Emily is, along with her family, is a proud member of the FUSIT Community and has been a UU since she was a teenager. With a passion for the important work of ministry, a background in music education, and many years of administrative experience, she feels fortunate to be able to use her talents and expertise to help create community and connection for members of all ages. Emily is also a mom to two girls, a choral conductor and singer, and a lover of cooking, nature, and all things geeky.

Peaches has been an educator for more than 45 years in both the private and public school setting and has structured literacy programs for two non-profit organizations including Brooklyn’s Juvenile Detention Center. She taught language arts and poetry for College Initiative Upstate, a program that works to create educational pathways for individuals whose lives have been curtailed by court- involvement or a history of incarceration. Peaches is an ordained chaplain. As such, she has had the opportunity to work with battered women, the mentally disabled and veterans. Peaches maintains an active chaplain relationship with individuals in Bedford Correctional Facility, Albion Correctional Facility and Attica Prison. Peaches is also a Spiritual Counselor and Race-Relations Specialist and a published poet.
Peaches sits on the Tompkins County Human Rights Commision and in the past, has served as a Tri-chair of the Eastern Southern Tier of the Poor People’s Campaign. She presently sits on the Dryden School Board. Although formally educated at Empire State College for her BS in Education and at Fordham University for her MS in Pastoral Care and Counseling, where she was nominated for a Fulbright, Peaches’s compassion developed by experiencing the harshness of racism she faced as a child and by being raised by a mother who did not allow the harshness of being Black in America diminish her sense of peace, her love of others or her faith.

Janet Shortall is an ordained UU minister and has been a member of the First Unitarian Society of Ithaca since 1994. A graduate of Starr King School for the Ministry (UU seminary), Janet accepted a role in 1994 at Cornell University with the active support of Rev. Jack Taylor, minister emeritus of FUSIT. Her 28-year tenure at Cornell has included working as the Associate Director of Cornell’s interfaith center, Advisor to a peer counseling and training program in the Dean of Student’s office, and Director of the crisis management team. Currently, she serves as the Sexual Violence Prevention Coordinator and Victim Advocate. Janet has served FUSIT for many years offering pastoral care when the congregation has not had a minister in place. She is thrilled to be of service in this important chapter in FUSIT’s congregational life. 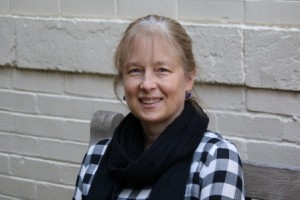 Michelle Waffner is the Congregational Administrator and has worked with FUSIT since May 2021. Michelle handles all the general office items, updates the website, creates the Weekly Announce email, handles all HR functions, maintains the database and building rentals. In her free time, Michelle is working on a Masters in Consciousness Studies and is in her third year of the Hidden Treasure program at Light on the Hill in Van Etten.

Stephanie Ortolano has been employed at First Unitarian since 2012. Originally hired for 3 months after the unexpected departure of her predecessor, she hasn’t left yet! Stephanie started playing piano at the age of 6 and organ at 12. Her first church job was at age 13 and she has played for a variety of denominations ever since. She is currently in the 2nd year of a 3 year Music Leadership Certification Program through the UUA. One of her favorite things is to collaborate with other musicians as an accompanist.

A member of FUSIT since 1982, Loretta has been editing, producing and mailing the monthly FUSIT newsletter, UU Connections for 14 years. She produces the Annual Report, Service Auction and Recycle Sale promotional materials, and other publications, brochures and posters in addition to helping the Congregational Administrator as needed. She enjoys hiking, gardening, pottery, watercolor painting and cooking. With her four year old grandson and six month old granddaughter living with their parents in California, and her daughter in Colorado, she is frequently airborne,
flying across the country to see them.

Rachel started as the church the Sexton in December 2021. Rachel handles general building care including keeping the sidewalks clean and safe, deep cleaning the many rooms at FUSIT, making sure the building is ready for rentals and Sunday services, and day to day cleaning and building inspections. She likes to swim and bicycle, and enjoys painting “find me” rocks to leave on trails and gift people with. Rachel also cleans monuments at various cemeteries and likes photographing nature scenes.